Battle other heroes and villains in a gladiatorial contest to become the galaxy's champion.
“Hero or Villain: Battle Royale” is the second book of this epic saga, picking up from the epilogue of "Hero or Villain: Genesis.”

Kidnapped from planet Earth by the mysterious Lanista and forced to fight in the Battle of Champions, you will have to balance your training with fighting injustice in an alien world…or becoming a criminal yourself!

Will you follow the tournament to its conclusion, and claim victory over colleagues and foes? Or will you start your own criminal empire, and accomplish the biggest heist in the history of the planet? Are you a loyal subject, or will you join the ranks of the rebels attempting to overthrow the rule of the Elders over the galaxy?

• Import your character from Book 1, "Hero or Villain: Genesis," or create a new one.
• Choose from dozens of powers. You can pounce on your enemies with the power of your fists, strike them down with hellfire, take control of their minds, dodge their attacks with your super-speed, or teleport behind their backs to strike them.
• Build your own gadgets, improving the quality of your armor or the weapons mounted on it.
• You can also learn new alien technology and design even more complex projects that will decide your fate in battles.
• Manage your relationships with your colleagues to help them succeed, or strike them down.
• Play as male, female, or nonbinary, and romance many of the other characters!
• Includes several illustrations to enhance your experience.
• Enjoy a variety of different game paths, with multiple side missions and endings.
• Try several different difficulty settings. Play as a mighty invincible hero, or just somebody only slightly more powerful than an average human.

Two new illustrations and some bug fixes when using powers. If you enjoy "Hero or Villain: Battle Royale", please leave us a written review. It really helps! 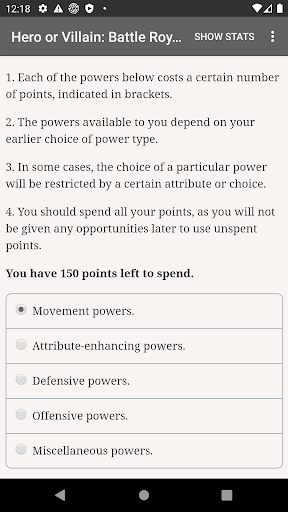 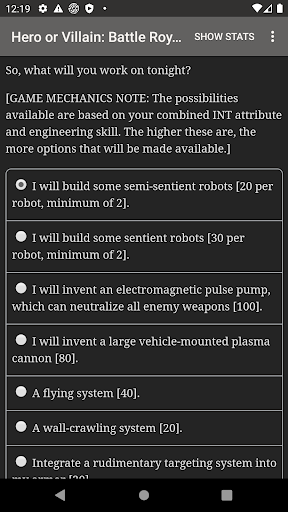 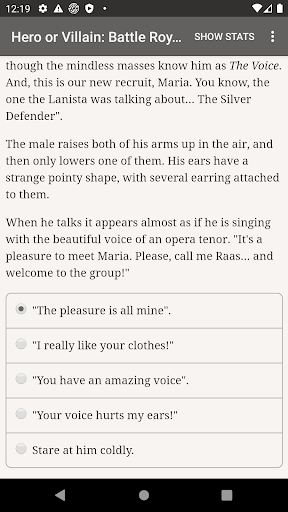 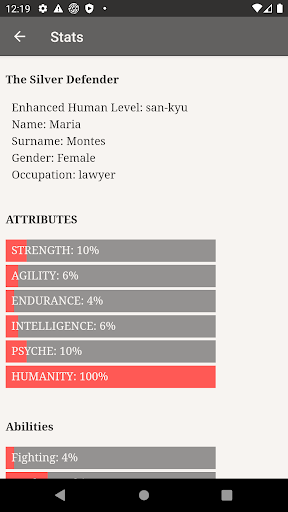 2.0.1 + MOD Info: Access to all features by upgrading your account up Pro members. Unlock and experience the world by the APK version of us. Clean up and optimize your device with the tool:automatic cleanupNo ads